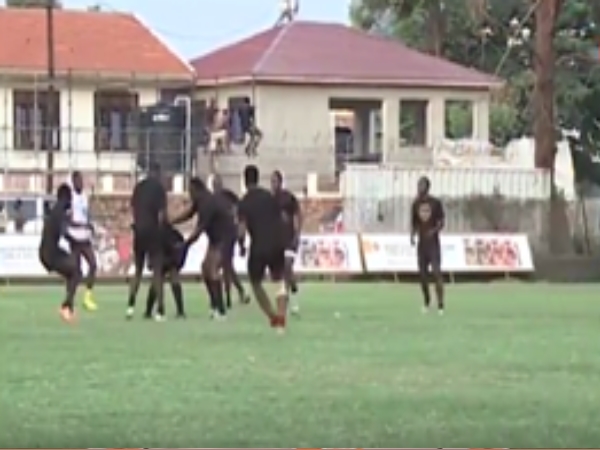 After three games of the Africa Gold Cup, the Rugby Cranes lay third on the row with Kenya’s Simba second and Namibia top. Coach John Duncan stressed that Namibian opposition shouldn’t be taken lightly. “They come in Namibia obviously is a good team, they are the highest ranked team in Africa besides there is South Africa. You know they’re going to come here they oversee what we do and just start doing what we do and I mean it’s up to us to go out there and compete with them.” Said, John Duncan – Rugby Cranes Coach.

Scott Oluoch who missed two games because of work commitments was happy to be part of the team and believed that defense would be key to win Saturday’s game. “Defense is what am going to primarily concentrate on this game because of my position, I have to plug in a lot of gaps if and well they appear.” Said Scott Oluoch – Rugby Cranes Player. Namibian Captain Rohan Kitschoff said the Rugby Cranes are a formidable side. “We expect them as a challenging I think they improved in the previous games, well they are really competitive and it improves a lot. Since last year they are still on the up. So I think they are real, in my opinion, one thinks to beat probably one of my favorites in my opinion.” Said, Rohan Kitschoff – Captain Namibia. Uganda hammered Tunisia 78 17 last weekend in the Africa Gold Cup and will hope to build the momentum.