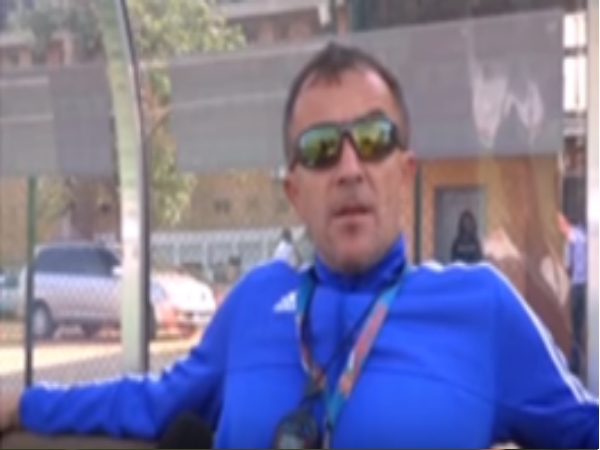 They say a goalless draw is as dangerous as a first leg result for the visiting team as the host. After sharing these points with Southern Sudan in Juba, Cranes Coach MilutinSredojevic will lead his charges to outscore the Bright Stars at Star Times Stadium on Saturday. Micho took Cranes players through shooting drills in the afternoon training session. The Serbian Coach wanted his charges to be much sharper in front of goal.

“I want to close all counter attacks, we want to attack from the word go, we want to hear patience and prudence in our game, we want to open the game as soon as possible and we want to score the goal and goals.” Said, Cranes Head Coach. Looking practically sharp in the day’s shooting practice was skipper Geoffrey Serunkuma. The striker missed a penalty at the Juba Stadium that would have given Uganda a first leg advantage. Micho will really on Serunkuma’s familiarity with artificial tough. The Cranes Captain played his home matches at the Stadium with KCCA FC. Micho saidSerunkuma and other KCCA FC players could prove to be decisive come Saturday. “I to say; its total a different ball game, its home. We shall have our field, we shall have our supporters, we shall have our weather and I believe that all those aspects and out factors plus in factors.” Said, Cranes Head Coach

The winner of this tie will go to face either Tanzania or Rwanda in the final qualifying round. Both teams played out a one all draw in the first leg with the return leg due the weekend in Kigali.