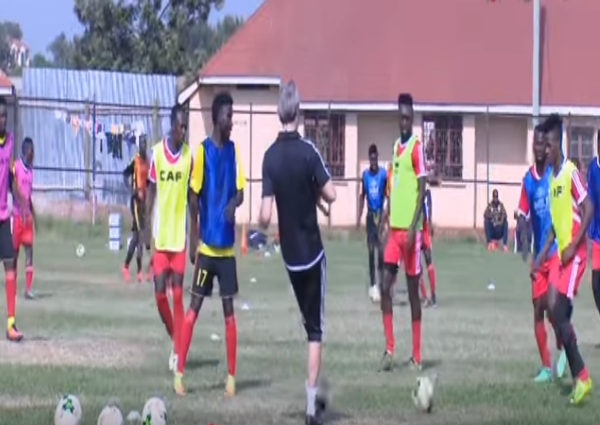 The Uganda Cranes preparations for the fourth coming African Championship will be put on hold as the team makes a long trip from Luboowa to Rwakitura to honor a presidential invitation for lunch. The team is expected to meet President Museveni at his countryside home ahead of its departure to Malakesh Morocco on Thursday this week. Uganda opens its account in the Championship with a match against Zambia on January 14. Players are ready to give their odd as Uganda looks to make it to the group stage for the first time. “The bigger picture is to try and get out of the group stages, we played three consecutive churns and we don’t get out of the group stages. It’s my prayer and I believe it’s a prayer of everybody in the team to at least get out of the group stages this time.” Said, Benjamin Ochan – Goalkeeper, Uganda Cranes. “I believe in myself and I also believe in team spirit, yeah I know we shall make it.”

The players’ confidence is backed by the fact that the new Coach Sabastian Dusabhin has so far exhibited a sense of professionalism in his work. “From the few observations he is a very professional coach and one good thing is the players try to respond well to his tactics and try to understand him and I think basing on that, you can carry on from there.” “The way his training is moving on and the way guys are doing things I think he will make it.” The players also believe the good performance in the Championship will open up doors for professional careers. “I just have to work hard to see that I score goals because a striker is seen by scoring. So if like I score more goals may be Insha-Allah (God Willing) I will get chance like to play in Europe.” Said, Shaban Muhammad – Striker, Uganda Cranes.

“As an individual, I think it is an opportunity for me to try and gauge myself on the senior side and try and make a statement in the Uganda Cranes A team.” It is the third consecutive year for players like Benjamin Ochan, Nicholas Wadada and the second for Shaban Muhammad to spend the festive season in camp with the Cranes. The players say when national duty call they have to painfully answer. “I would want to be together to come up with New Year resolutions and praying together and bonding. But duty calls, it’s a privilege to represent your country and more so if you pray for them, they are okay and have something on the table for them to eat, it’s really satisfying.” “Football is my business so I take 50-50 because I have to play football to earn money because if I don’t do it, it means I have done nothing.”