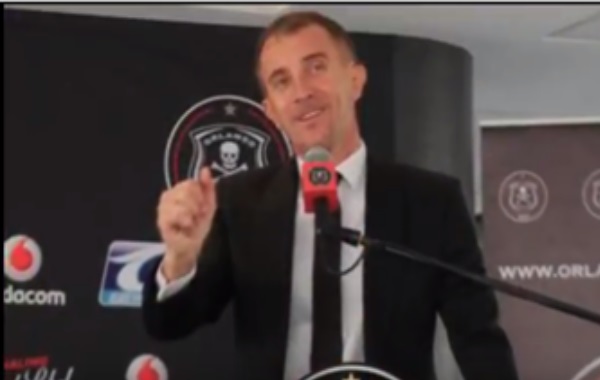 The Serbian tactician was unveiled by the Orlando Pirates Chairman Irvin khoza as the Head Coach of the Buccaneers on a three-year deal. Micho who held the job in 2006 replaced Axed Swedish tactician kjell jonevret who parted ways with the club this week. In his first statement after being unveiled, the Serbian wolf as he was nicknamed said “As a sportsman, you always want the best. I believe that I have unfinished business here. The moment I left the Chairman told me that I have a life contract here at Pirates. He said you can go and improve yourself but this will always be your home. He is a walking legend in African football. I did that and am now back.”

This according to the Club Chairman could have happened earlier but the Buccaneers were deterred by the buy-out clause of the Uganda Football Association placed on Micho.
Micho returned just over a decade after he guided the Club to the Semi-final of the 2016 Champions League looking to settle an old score.