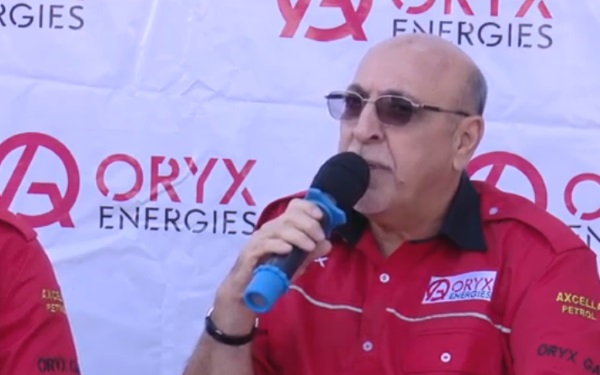 Defending champion Christakis Fitidis looks to keep his 2018 National Rally Championship hopes alive when he makes a stopover in Fort Portal. Fitidis currently ranks third on the national rally championship leaderboard behind leader Jaz Mangatti and Unisan Makunda. He is nevertheless hopeful that a podium finishing in Fort Portal will help him build up momentum ahead of the Pearl of Africa Rally. "When Pearl of Africa comes we will know exactly how we are standing but for sure we will try to compete and maintain the top three. And as a champion we came in the top three, this year will be quite a big satisfaction especially competition has increased because you now have Raum coming in the picture, you have Mangatti is coming in the picture, we still have the same competitors Ssebuguzi, Mayanja…” Said, Christakis Fitidis – Rally Driver.

The Evotec driver title defense has been boosted by a 70-million shillings sponsorship package by Oryx Oil Company. Oryx Country Director Businge said his sponsorship was geared at promoting the driver as well as the sport in the country. “We have split the package into what we call the cash package, the fuel package, and lubricants and then what we call the marketing package. The various figures may not be appropriate to give you at this time but that is a breakdown of the 75 million with the biggest chunk going in the cash and fuel, and then a small chunk going into the marketing package relating to the sponsorship.” Said, Peter Businge – Country Director, Oryx.