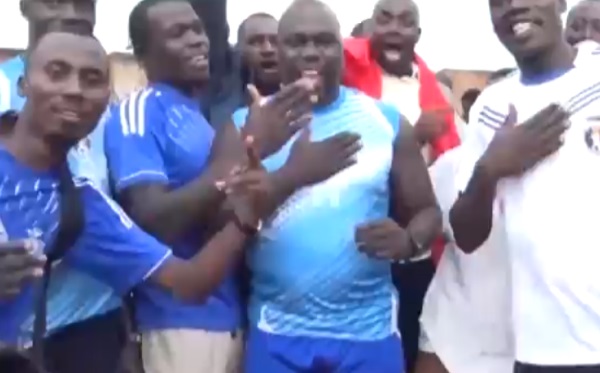 Eight seasons contesting in the big league have been quite an effort. Ndejje finally joined the big boys. However, the Luweero’s side placing the top flight was not confirmed until the final day of the 2017/2018 season. Going into the final game Ndejje University was level at the top the Elgon group on 39 points with Paida Black Angels. On the final day, Ndejje could do a goalless draw away to Kamuli Park to secure safe passage, especially with rivals Black Angels Paida losing to Jinja Municipal Council the same day.

Ndejje University Head Coach Simon Komakech is still living a dream. “The feeling is amazing but first and foremost I have to thank a certain number of people. One; our beloved president Mr. Kayongo Paul Mark has been there for us through thin and thick, all the previous coaches of the Club, the previous players and the current players of the Club because they have exhibited everything that is needed in football.” Said, Simon Komakech – Coach Ndejje University. As the celebrations begin to settle in, the university administration intends to make the presence count. “Super League is another challenge, a good one that we really relish because of ten years we have craved for getting to the Super League. But now as we have gotten there, I think it comes with its challenges.” Said, Ivan Karimunda – Ndejje Sports Tutor.

Paida Black Angels finished second in the Elgon group and will play Kabale group in the play of semi-final. While in the other fixture will feature Kyetume against Kitara. The semi-finals are tentatively scheduled for later this week.