VIPERS Gearing for KCCA in UPL 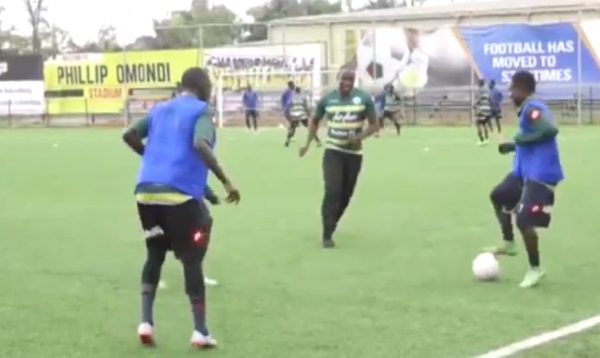 Proline FC looked destined for relegation from the Uganda Premier League until Daniel Nsiyagi and Gift Ali brought a ray of hope in both of their last three games where they won 3-1 against Police on the 17th April and Soana on the 24th of the same month. Nsiyagi gifted the race and Ali added the other as Mujib Kasule’s side climbed out of relegation in 13th position with 26 points in 25 games. The club will hope to replicate the same form when they travel to Masaka Recreation Grounds to face Synergy FC in the first quarter-final of the Uganda Cup.

Head Coach Mujib Kasule said they had to handle the upcoming fixture pile with care if they were to meet their target of staying up float in the country's tier and also progressing in the semifinals of the Uganda Cup. “As you know the schedule in the league, the matches are coming in thick and fast and we are five to each other. So we have to fight for three points in every match there is no room for error and this cup-tied. In cup-tied, there is no room for error…” Said, Mujib Kasule – Proline FC Coach. Synergy boss Brian Senyonjo predicted an exciting game given the brand of football both teams played. “A few times we have won against them, we have been at home. So I think given the quality of the players we have and the history we have between us, I see that we shall put up a good match.” Said, Brian Senyonjo – Synergy FC Coach.

In the Uganda Premier League, Vipers SC players and Assistant Coach Edward Golola were polished ahead of their clash against KCCA FC at St. Mary's Kitende even without Head Coach Miguel Coheed Da Costa who was serving a four-match from a touchline. “Both teams are still on the title, KCCA won a game and we also won a game but as Vipers, we need the game more than them because first of all, we are home.” Said, Tom Matsiko – Vipers SC Midfielder. “Although Da Costa is not on the bench, we usually train with him, we work with him, we even sit down together and we decide who is to play.” Said, Edward Golola – Vipers SC, Assistant Coach.