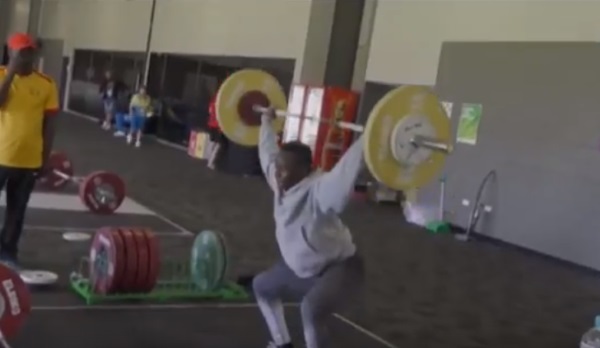 Uganda’s only woman weightlifter at the Gold Coast Commonwealth Games Irene Kasubo believes training at the state of the art gym will improve her person base lifts ahead of the actual start of the games. Kasubo said nothing will stand in her way for success. “I have an injury in my shoulder that’s a challenge but I train with it because I know what I came for; I need a medal. So no pain no gain, I have to do it and am doing it.” Said, Irene Kasubo – Weight Lifter.

Weightlifting team captain Hakim Ssempereza shared the same sentiments. "Because according to the training that I have right now with my team as a captain we are standing right before these Commonwealth games and the weightlifting discipline and we are strong to go." Said, Hakim Ssempereza – Weight Lifting Captain. Uganda will be represented by four weightlifters including Irene Kasubo 63 kg, Khalid Batusa 94 kg, Julius Ssekitoleko 56 kg, and Ssempereza Hakim in the 69 kg.

Meanwhile, Minister of State for Sports Hon. Charles Barkabulindi flaked by the Ambassador to Australia from Uganda Prof. Joyce Kikafunda visited the Commonwealth village to further motivate the athletes. “I wish you the best success and we shall continue interacting. And I want to tell you to go and market the country and most importantly, this is the beginning of marketing your talents.” Said, Charles Barkabulindi – State Minister for Sports. Uganda will join 70 other countries at the 21 Edition of the Commonwealth Games slated for 4th – 15th April 2018. Now the Uganda weightlifters will have to carry kilograms bigger than this if they want to win any medals in Commonwealth games.