Baby Rhino Born In Nakasongola Conservation Ranch, $3,000 Charged For Honour Of Naming It 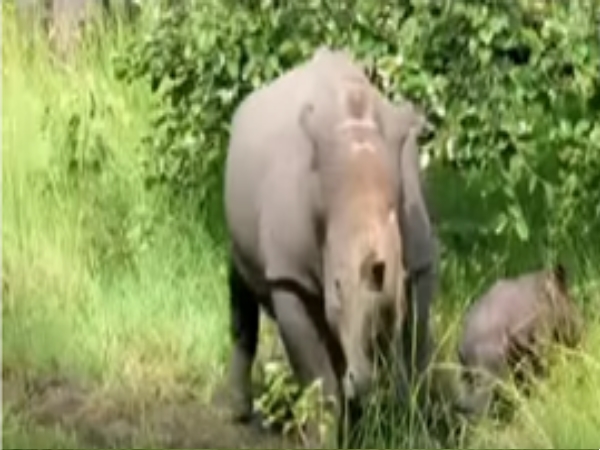 Rhinos are listed among the most threatened animal species owing to the demands of their horns used for medicine and as a status symbol. A kilogram of rhino horn goes for as high as 65,000 US Dollars in some countries like China and Vietnam. The main threat comes from poachers and there have been repeated calls for intensified deployment of rangers to protect animals that face this sort of danger. “We don’t intervene in their day-to-day life but the only thing we do is to keep watching them to make sure they are safe. Whenever they are safe, that means they will keep breeding.”

Uganda has 22 rhinos, 20 of which are in Zziwa Rhino Sanctuary in Nakasongola district while the other two live at the Entebbe Wildlife Education Center but this is a small number compared to the demands from Tourists.

Nandi the oldest Rhino at the Zziwa Sanctuary awakened hopes of their continuity by giving birth to a male rhino. A rhino has a life span of up to 45 years but at 19, Nandi now has five children. “We have got a new arrival from mother Nandi who came from the USA, this is her fifth baby and yet named because is only some hours ago.” There is a process to be followed to name the calf. “Always when the new baby is born, we auction the name which is a kind of fundraising.”

Raymond Opio the Head of the Tour Guides at Zziwa Sanctuary said the cost of naming a calf is not less than 3,000 US Dollars. “There is a stipulated amount of money that you need to pay; let’s say someone says 300 Dollars, the other person comes and says okay I have 400 Dollars then we shall see who should take the name then that’s where we get our funding.” Nandi spends most of her days in the thicket to protect her little. The officials at Ziwa Sanctuary said that she was accorded a 24-hour watch. “You know for rhinos we have never got that challenge that may be a poacher has come to poach a rhino but you know we cannot take for granted.”