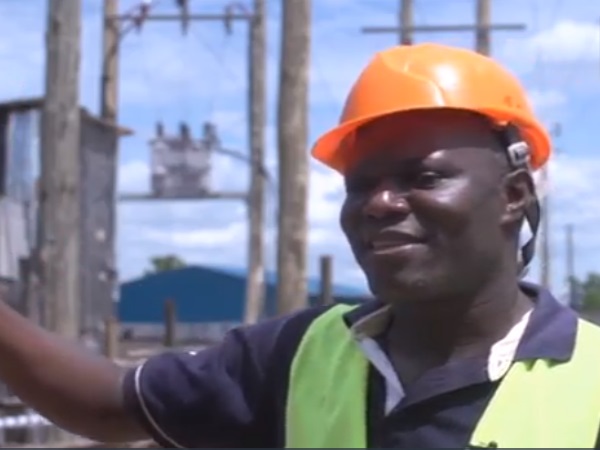 To stable the sticking issue of power fluctuations and high tariffs plaguing to the manufacturing industry today, this new substation could be a positive gesture by Umeme at least for now. “Hima Cement is going to be consuming at 11 KV and that means that actually what is going to come out of the transformers is going to be dispatched to Hima Cement. So National Cement is going to be consuming at 33 KV. And 33 KV is a BUS, we call them BUS in electrical terms which is before the transformers and actually it’s like tapping directly from this line then it goes to the other plant.” Said, Job Wate – Project Manager, Tororo Nyakesi Substation – Umeme.

"The new generation coming on board is just the model we are trying to advocate that we model the new generation along the consumption of commercial producers and industrial producers." Said, Ilungole Steven – Spokesperson, Umeme. On their part, manufacturers such as Tororo Cement industry will be hoping for stable yet affordable electricity. "Our major concern with Umeme is that edge on their fluctuations. The quality of service supplied here is very bad and extremely bad. There has been a lot of fluctuations and it has been affecting our production and also the equipment in the past. And for the last 5-7 years, we have been requesting but there is no improvement from Umeme services on that." Said, BM Gagrani – Executive Director – Tororo Cement.

It’s according to industry players they should also curb the escalation of cement prices that recently caused jitters among manufacturers and retailers and in the end attracting a government decree. “We are expecting that prices after standing our factory it will go down very much at around 30,000. So that is how we are expecting to help Ugandans.” Said, Heet Raval – National Cement Company. Umeme has also extended a 5km concrete pole line to Tororo Cement but apparently, this may not check voltage fluctuations yet. "Although we do have a dedicated line from the substation to our plant, then the 32-33 KV is common. So anything that happens onto the other three, you know it also affects to us.” Said, Nilesh Modah – Plant Manager, Tororo Cement. On this issue, Umeme says demands by Tororo Cement to renew a switchgear and transformer are not within its mandate but Uganda Electricity Transmission instead.

So this brand new Umeme power substation with about 80% works complete and it cost about 4 million US dollars here in Nyakesi Tororo district. Just 4km away from Tororo town should according to officials help boost power accessibility and reliability for commercial users such as the new Hima Cement factory just nearby and later on the National Cement Company among others who take up about 70%. But the quest is: will this help solve the tariff problem an issue that gives commercial users sleepless nights?