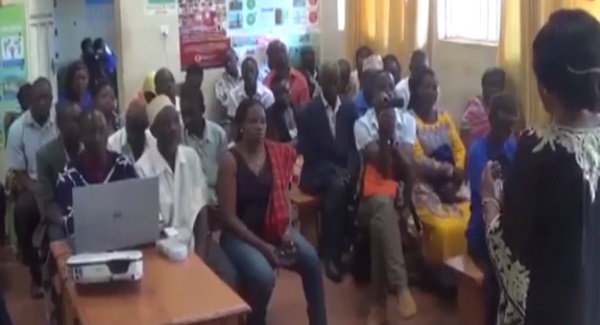 The onset of the 21st century ushered in the use of modern technology especially mobile phones that have shifted from mere making phone calls to a bank of information center vital to farmers. Some maize farmers under the Zirobwe Agri-Business Association in Luweero district can tell the right time to plant crops using smartphones by tapping from digital satellite. “You get a message advising you to do something, at least you are better than a farmer who has not got that information, and you can plan accordingly.”

This was made possible at a subscribing to market-led information system through which they get weather and market updates every season. They also get agricultural insurance information from the system. “In the past, we could be struck by the heavy droughts, we could lose our crops but nobody was there to compensate or at least to give you something. But this amount they have given me, at least it has encouraged me to continuously insure my garden from season to season.” Many farmers in the countryside still grapple with poor harvests every season due to lack of adequate information. “You go to motor vehicles, they insure because it is a business, farmers need to understand that they need to insure their crops such that they don’t lose out completely in case of such insurgencies that might arise.”

MULI’s Chief Carol Kyaze Kakooza said farmers must not worry about agricultural loses in this era. "With that Set Geo Tab we are able to tell the farmer when to plant when to weed when to irrigate when to harvest and all the information that is required for gardening. We are able to tell them to add fertilizers if you find that the soil doesn't have enough nutrients." Farmers contended that farmers are reluctant to seek information concerning their agricultural ventures, gap smartphones are trying to cover.