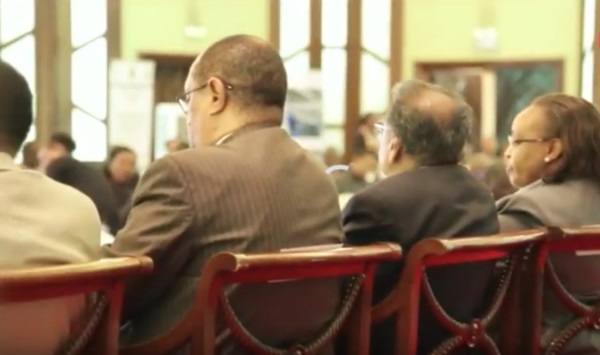 Critics perceived the idea of buy Uganda build Uganda as a policy which was likely to interfere with the implementation of the East African Trade Protocols that were meant to harmonize trade in the region. To the East African Business Council, the buy Uganda build Uganda policy was just but an encouragement for local producers to improve and compete across the region. “All our main things; 86,000 tons is wanted for the first phase of the SGR. If we don’t supply that iron, 810,000 tons of cement is required for the same SGR Project; the Standard Gauge Railway. If our companies don’t supply that cement, when will they ever get a chance, never? So local content, we need to stop what we are doing as far as am concerned and even the government should help companies to adjust where there are some missing elements to adjust to that level so that they supply local content. 40% is not enough or it should be all.” Said, Jim Kabeho – Ag. Chairman – EABC.

“If there’s a requirement say for the Standard Gauge Railway or Karuma dam which is, Uganda is getting 40% to supply. Assuming the required quantities are beyond the capacity we have been given as 40%, then we can source from East Africa; we can go to Kenya, we can go to Tanzania.” Said, Stuart Mwesigwa – Board Member, EABC. Jim Kabeho the Acting Chairperson of the East African Council who assumed the role after a sudden death of Kassim Omar the then Chairman, said that there was a number of major issues as the Council was set to tackle as a way of achieving its objectives. “The other one is the harmonization of the regional standards, you know we have very few harmonized standards; each country still has its own standards, here, they talk about UNBS, Bureau of Standards of Kenya or Rwanda. We do not have common standards and if you are trading in same products, in same services, in same categories of things and you don’t have the same standards then it becomes a problem. So this is what we are doing, some come on and they are regionalized while others still remain there. The other one is combating of illicit trade.” But amidst all these efforts, Kabeho said stimulating regional growth would require the cooperation of all East African Community member states now that there was donor fatigue. “We need to drive our community, there’s a donor fatigue, at the end of the day the money we are getting from partners is drilling, drawing down, you’ve seen the break-up of the EU and all that accesses we have been getting from them. We may have to fund our own EAC as a business.”