South Sudan Economy On The Brink Of Collapse 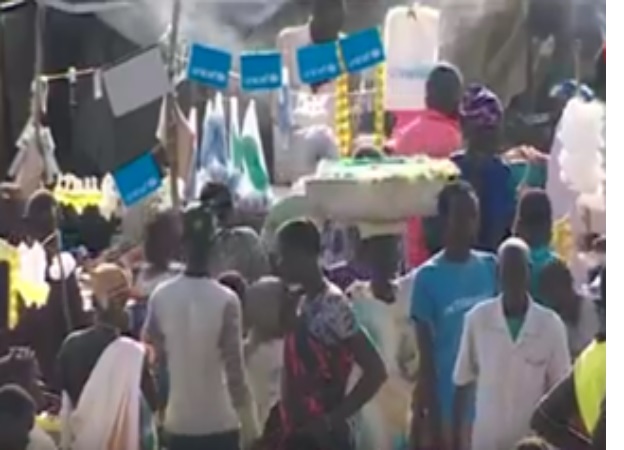 The culminating oil prices and production have had a devastating impact on a country which depended on oil for 98% of its revenue before the war broke out in 2013. But while the South had vast and largely untapped natural resources, it remained relatively undeveloped characterized by a subsistence economy with oil accounting for 60% of its GDP. But according to the Governor Bank of South Sudan Othom Roca Ajak, currently, export revenue decreased due to declining oil prices and production. Oil production decreased at about 120,000 barrels per day this physical year down from 160,000 barrels per day in 2014.

This was far less the peak of 350,000 barrels per day before independence in 2011. “The ongoing land conflict, the South Sudan GDP has contracted by 6.3% and physically in 2015/2016, and it is expected to decelerate further in the Financial Year 2017/2018. The conflict also negatively impacted oil and Nickel gas production creating a massive hunger and food scarcity.” Said the Governor Bank of South Sudan.

South Sudan was experiencing a hyperinflation. An annual inflation had already hit 38% as of August 2016, relative prices of food had increased, food shortage and hunger were the most alarming signal of the country’s larger economic collapse. South Sudan’s Pound depreciated on the parallel market from 18.5% dollar in December 2015 to reach almost South Sudan’s Pound 80% dollar in September 2016. “High inflation of 380% largely precipitated by low levels of International results addressed terms of trade, widening physical deficit although the Central Bank has stopped the debt finance since December 2015.”

Adam Mugume the Executive Director Bank of Uganda said that as long as South Sudan was a member of East Africa Community, member states had to devise means of how the country could adopt monetary policies that could liberate the new state. “We are willing to help South Sudan to take up some of the harmonization issues. Remember that we said you need to first have harmonized before you go into a single currency.” Said, Adam Mugume – ED Bank of Uganda. “The Central Bank of Kenya has already opened channels of support for technical support for the Bank of South Sudan. And therefore we expect this initiative to deepen the relationships we have already forged.” Said, Patrick Njoroge – Governor Bank of Uganda.