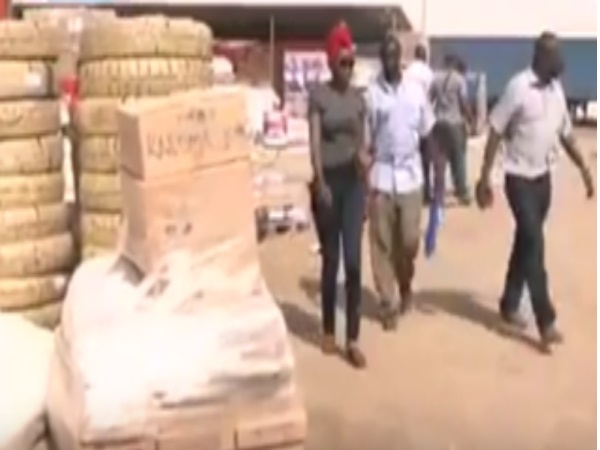 Uganda exports 82 million dollars to the United Arab Emirates which includes Dubai but imports 21 times what it exports at 238 million dollars. Can Dubai become a major market and a major gateway to the Gulf for Uganda’s exports? Proponents think so. Industrywide, a Ugandan Products Expo and Convention was organized for Dubai come October. “This arrangement as I said was initiated between the government, the Private Sector and the Diaspora Ugandans who are living in the United Arab Emirates and Gulf countries. Because we’ve never had actually this opportunity before, this will actually present an opportunity to Uganda; to showcase what is possible actually in terms of exports to United Arab Emirates and indeed the Gulf countries.” Said, Michael Werikhe – Minister of State for Trade.

Being the first of its kind, the organizers in Dubai said that this would not be a talk show but it will be intended to have good business going. “If you register for the Convention, for us to get an outcome that is impactful for the exporters who are going, we are giving them a form designed by the World Trades Team in Dubai to do match making. If you are in fruit and beverages? What exactly are you interested in? Let’s say, jackfruit or if it is growing sesame seeds. So they match you with an import in UAE who is interested in that product. We are booking a space specifically for Ugandan exporters those who are taking sample products in the midnight market, the biggest in Dubai. So if we have a space, let’s say for two hours for us to experience that midnight market; you sell, you haggle prices, like that. So people learn, they make friends, they do partnerships then from there maybe when you come back, then we can mobilize each, let’s say; you guys I got a contract but I can’t manage, where can I start from?” Said, Francis Ntangaaza – Project Director, Uganda Dubai Convention.

But there will always be a challenge of supply capacity once contracts are signed because some orders that will be coming out of Dubai and the Gulf could seem overwhelming. “So we are encouraging people to cooperate, if you are a group of five and you say let us handle 3 metric tons of beans of cerise beans let’s say. Every week, so you come, you mobilize farmers, you go to a Cooperative Society; you give the seed that you want, and the quality that you are looking for. But our job now for the Expo is to provide that platform, get as many importers in UAE through the Convention Hall so that people get those interactions.” Said the Project Director, Uganda Dubai Convention. The Expo and Convention will also include Tourism and will be designed passionately to target the thousands of Ugandans in Diaspora living in the Gulf and breaking into new markets with evidence that Uganda’s products get a comparative advantage.