Strides Made in HIV/AIDS Treatment 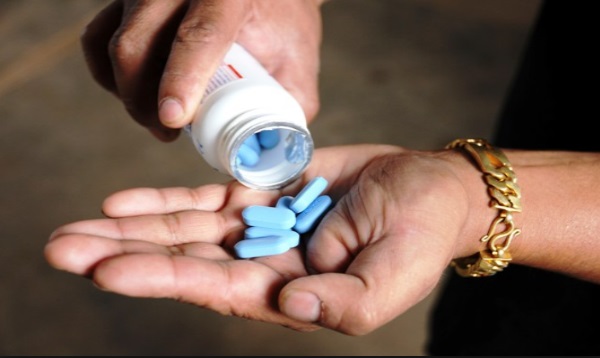 HIV/AIDS will always be a disease I follow closely because it is one that almost destroyed my family, I watched my lovely sister who was the breadwinner at the time succumb to death by AIDS. She wanted to live and cooperated with the doctors, we tried everything that was available at the time to save her but in the 90s catching HIV was a death sentence, there was nothing much the doctors could do. it got to a point that they sent her home to die. We resorted to herbs, prayer, and fasting when the pain was too much to endure. we took her back to the same doctors who had sent us away, they tried their best but you could tell that the situation was hopeless. There is nothing more traumatizing than watching your loved one be eaten away slowly by a disease in front of your eyes. All our family resources were drained and by the time she succumbed to the disease we were in debt, emotionally drained and basically torn to pieces as a family. Everyone mourns differently, whereas my mother poured out her heart and pain in song, I recall my father breaking down, unable to live in the house anymore, we had to abandon that house to date and move into a new residence, my siblings each mourned differently. As if that was not enough, my auntie was declared HIV positive the following year, she was the only sister my mother had and naturally moved into our home, we went through the same routine and eventually, when she was discharged from hospital and sent home to die, my grandmother decided that it would be cheaper to transport a live person rather than a dead one to the village, she was basically sent to the village to live her remaining days close to where her grave would be, all we had to do was wait for the phone call announcing her death. She was a fighter that one, she lived on for 6 more months, sometimes giving us hope by rising from her bed for a few days and then eventually passing on.

I recall the stigma we faced, being called a cursed family, parents refusing their children to play with us my baby sister used to be very sickly then, a teacher boldly told her that she had AIDS, she came home weeping, my elder sisters first boyfriend, his mother chased her from her home claiming she would infect her son. The whispers and finger pointing as we passed by. I recall a family whose parents were infected, the father succumbed to the disease, oh the stigma they went through in that neighborhood! The mother still lives to date, most people who stigmatized them passed on from HIV/AIDS.

The ignorance of the time, doctors who worked tirelessly to find a solution, some getting infected in the process, I recall one lady who could not take it anymore and quit her medical profession to date. she felt like a failure, she had gone to medical school to learn how to heal people and here she was unable to do even that.

A whole district called Rakai was razed down by HIV/AIDS, people sought help from witch doctors, cult leaders, there was a lady selling soil to those infected. In our neighborhood a very distinguished gentleman buried 6 of his children and when the 7 th fell ill, he invited a witchdoctor who advised him to circumcise her, out of desperation he did so, of course, she eventually died, he lost his senses and lived his last days as a mentally unstable man tending to the graves of his children. By the late 90s each and every family had been affected or knew someone who was infected by the scourge, it had reached epidemic levels.

I am proud of my president for taking a stand to publically fight HIV/AIDS, because of him information about the disease was availed publically, we can now talk about HIV freely, we can now stop calling people curses, bewitched or whores. We stood as a country and sought solutions to the disease, we became sexually responsible. Zero grazing, abstinence, use of condoms were promoted and yes we began to see a drop in the HIV infections. ARVs were provided free for those infected, centers like AIDS information center were set up to handle counseling and management of the disease. Uganda became the talk of the world, people came to learn from us. we stood strong and fought this disease and succeeded. It pains my heart today when I hear the young folks saying that they do not fear HIV/AIDS anymore, one young girl stated that she would rather catch the virus than Fall pregnant!

I am proud of the strides taken to manage the disease, previous ones had to wait till they had a low CD4 count before they are given ARVs, nowadays as soon as one tests positive, they immediately begin taking ARVs this helps them continue to live healthily.

We still have a lot to do, we still need to promote safe and responsible sex, encourage more and more people to test, it's important to know one's status, and on individual levels, those infected must stop this evil act of intentionally spreading the disease.

People affected with HIV/AIDS today have a chance to live, which our loved ones never had, they owe it to the fallen soldiers to grab this opportunity with two hands, take your ARVs religiously, the ones before you did not have a chance!