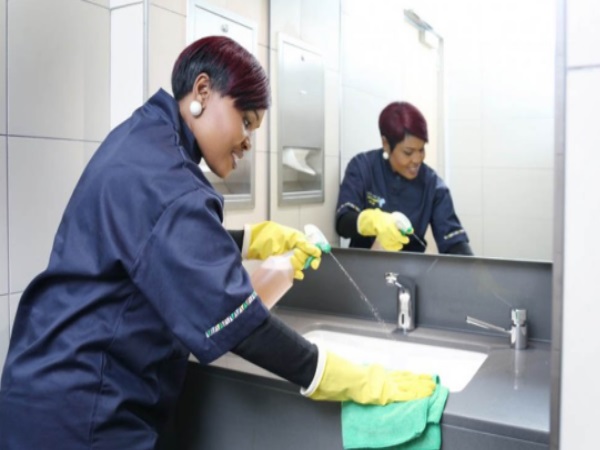 Its been a while since I did a real-life story, this is a piece about Alice, I have changed her name because I did not tell her I would write about her, in fact when I engaged her, I had no idea that I would get such a rich story, hence the name Alice.

Alice is a 22-year-old girl who hails from Arua. never in my life have I met a very jolly girl who works like a machine. I have a friend who stays in that town and she insisted I live with her family for that week, she didn't need to ask twice, I have never liked living out of a hotel. I arrived at her house as she was at work but she assured me that her maid Alice would take good care of me until she got back. not that I needed any care, what I really wanted was a hot bath and a cup of coffee. I was met at the gate by this beaming young girl who introduced herself as Alice, grabbed my luggage, ran to my room which was spotless and informed me that the water heater had been running in case I needed a bath, asked if I was hungry because she had already prepared food. I was overwhelmed and calmly told her that I would definitely take a bath and have a cup of strong black coffee minus sugar. I stepped into a spotless bathroom, a towel was by the side waiting for me, I always move with my towels, buy it looked clean and fresh, had a bath, just as I was done dressing up, Alice arrived with steaming coffee and asked if I needed anything else. I told her that all I needed was some peace and quiet so that I could get some work done. I noticed that the house was very quiet and asked about the children, my friend had two very energetic boys, I was informed that this was their play time and that their lunch would be served at 1 pm and then they would be off to bed. I requested not to be disturbed, I would see them after their nap. She asked again if I would have lunch at 1 pm, to which I responded in the negative, my eating habits are really appealing, I only eat when I am extremely hungry and at that moment I had a lot of preparation to do. By 4 pm I was done and Alice had been true to her word. I had been able to work uninterrupted. I could hear the boys playing outside and decided to take a break. I had carried some gifts for them which I decided to give to them. My friend's house was very clean and organized, never before had I seen it in such a state. she has a hectic job with a bank and as a single mum of two, she solely relies on maids to handle her domestic situation. We have over the years exchanged maid stories, from the one who attempted to kidnap her children to the one who burnt the boy with hot water, another who was bringing men to her house as the boys watched, clearly this time she had hit the jackpot. After giving the boys their gifts and receiving huge hugs and kisses in return, I handed over the T-shirt to Alice and received a huge grin and numerous thanks. I decided it was time to engage Alice.

Alice lost her mother at the age of 3 and was brought up by her paternal aunt. her mother had two girls, Alice and a younger sister who was also taken up by another aunt in a different aunt. They barely see each other. At 15 she could no longer afford her school fees and she was handed over to a friend and brought to Kampala to begin her career as a maid. Her first job was in a house of a young couple where she spent only 4 days, she was rudely woken up one night and accused of stealing and conniving with the gateman. her boss locked her up at the police station and insisted that she pays two million for her freedom money which to date she has never held. Alice ended up serving time in Luzira for one month until the judge decided that she should be released on a noncash bail. She was then taken to work at another residence where she lasted a year. here she was employed by one sister to work in three homes. she began her day at 4 am with chores, by 6 am her boss drove her and her child to another sisters residence where she was to continue chores till 6 pm when her boss returned from work, then back home to continue with the work there, the next day she would be driven to another residence, all this for a mere 50,000/! She said after one year she was exhausted and decided to go back home to Arua. A month later she was brought back this time by a lady from Arua. she worked at this household for 2 years and was not paid a single penny. when she requested to leave, she was given only 2,000/ shillings! She went back to the home of the lady who had first brought her to Kampala, broke, broken and fatigued. The lady's situation was also appalling, she could not even raise her transport to return, she came up with a plan to plant vegetables in order to raise the required transport which she did for one month and returned to her aunt in Arua empty-handed. She however never gave up, when she received a phone call from my friend asking her if she wanted to work she jumped to the idea an only requested that my friend pay her on time, she said she was at peace for the first time the moment she walked into that home, she knew that she would be alright. She received her first 80,000/ on time and with tears knelt down and almost worshiped her boss.

I ask her how she is still able to work after all that, and with a smoke, she said she chose to forgive all those who wronged her and accused her falsely. as a poor girl, she cannot do much so she left them up to God. She then said that if she had given up she would not have met her current boss who is very good and kind.

I am amazed at how this young girl who had gone through a lot still chose to see good in people and trust blindly. She works so hard and barely sits down all day, unsupervised, plays with the children, puts everything in order and does all this with a huge smile on her face!

It's comforting to see such a loyal and dedicated maid after all the horrible ones we have around. for those bosses who go around mistreating innocent maids, in Alice’s words, God is watching you!