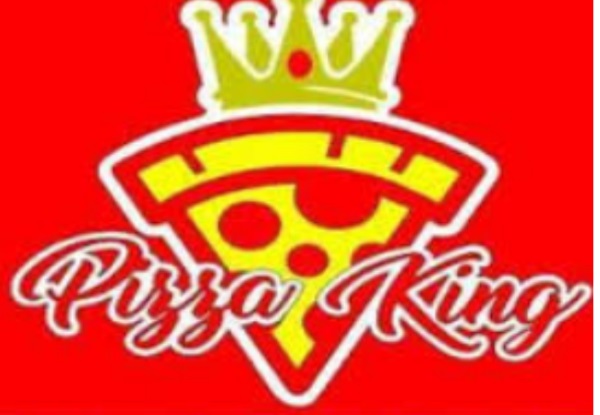 As is the tradition in my small family, we endeavor to eat out once in a week, we consider this an opportunity for bonding and also wish to expose our children to the different cuisines out there, dining etiquette and so forth. Saturday found us at a newly opened fast foods joint called Pizza King.

Pizza King is found in Kamwokya, right after Zinello's and directly opposite Bank of Baroda. The proprietor of Pizza King is a young vibrant Lady called Nantongo Immaculate, she has made use of social media and one cannot miss seeing her advert once you open Facebook, it is after reading one of the several posts that I chatted with her of our intentions to have an early lunch at her place, my order for her famous meat pizza, which promised toppings of Bacon, salami, meat, cheese kept my fingers crossed that it was as advertised. From previous experiences, we have been severally disappointed by proprietors who advertise one thing and serve you a completely different meal. Throughout the week I received warnings from my people and threats to walk out in protest if the pizza presented was not as advertised. I was honest with them and confessed that this would be my first time to enjoy the pizza but from the pictures posted it looked legit. I almost changed my mind and suggested that we go to our usual pizza joint.

So on Saturday morning, after a concert at the children’s school, where they all declined to partake of the breakfast provided by the school, off we went very hungry and hot to Pizza King. According to the directions, the place was in Kamwokya opposite Bank of Baroda, to the best of my knowledge that was a dump with nothing in sight at least the last time I was in the area. Hubby who grew up in that area was insistent that I had gotten the directions wrong.

We were all surprised to find a structure in place. The proprietor has turned the once vacant eyesore into a beautiful and quaint place painted in lively colors of red and yellow. one is instantly drawn to the outside sitting area which was a relief considering the heat wave of the day. We were welcomed by Immaculate herself and a waiter with a beautiful smile whose name I forgot.

Ten minutes later, our hot pizza was served, as advertised we ordered for one large pizza and got a small one free! We embarked on dismantling the pizza in silence and by the time we were done, only two slices were left! The crust was thin and perfect, the toppings were good, it was a lovely experience. My boys had ice cream after, which they failed to finish, that's how big the portions were.
I did not visit the Loos but according to my 5-year-old son, they were clean since he is a picky one.

If Pizza King maintains its quality of the pizza, they will definitely give the old dogs like Zinello's a run for their money.

Improvements can be made in the service, the waiter was slow to bring our orders and clear the tables, yet we were the only customers present at the time. however, she had the cutest smile that we quickly overlooked her weakness.

I definitely recommend Pizza King as the go-to Pizza joint in town, and yes they do deliveries.