BAD PHONE USAGE: That Smartphone Could Cost You Your Eyes And Back 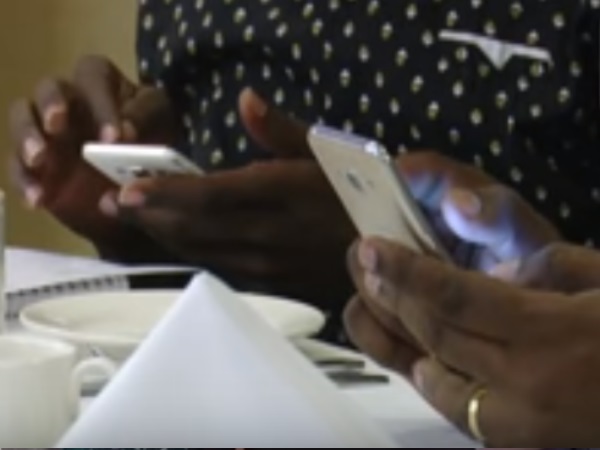 Gastone Turyamureeba is a businessman in Kampala. the nature of his business as a graphics designer and animator requires him to constantly communicate to his clients via the phone. “Because you find that me without a phone on a daily basis I can lose out a lot of business. And being the kind of business that am doing is so much run online.” C.E.O Gastonic Graphics Systems. Turyamureeba appreciates that technology has set him from incurring costs in transport to meet his clients to share samples of his work. “So am staying in Kampala and someone is staying deep upcountry so the connection with them becomes easier with a phone.” He admits that he has developed an addiction to his smartphone. “Whereby if I have a bunch of friends in my life probably 7 of them, you find that 4 are cut off and it has become a habit that instead of them coming, we talk on the phone.”

By 2016, Uganda had registered close to 22 million phone users subscribing to the various networks available. And because phone technology is constantly being modified and improved, it is creating excessive use and dependence. Many users are so pre-occupied with checking their mobile gadgets or answering a call even when they are sitting in important meetings. Psychologist and Lecturer at Makerere University, Paul Nyende said that it is hard to run away from the fact that it is important especially in entertainment, long-distance communication and also in learning for children. “They also help us to build our confidence and get messages as we share with others.” Said, Paul Nyende – Psychologist and Lecturer, Makerere University. But he said that continued exposure can be harmful to mental health, especially for children. “Depression also may begin to set in especially when you find it that you can’t access the gadget.”

Nyende said that smartphones have also been the cause of relationship problems. “So what used to be a home is now more like an internet café is. In an internet café, everybody is deeply absorbed in their own world, it’s no longer one world, and it’s no longer one family”. International media reported that two investors were calling an action from phone manufacturer Apple to develop a software that limits how long children can use smartphones. Their addiction has become a health hazard with more teenagers in the developed world suffering short-sightedness.

Dr. Vincent Karuhanga a Physician and Friends Poly Clinic in Kampala told NTV that there is a host of illnesses that one can suffer from excessive use of these gadgets. “Getting depressed, getting infections, neck pains, backaches, problems with hearing, problems with the eyes.” Said, Dr. Vincent Karuhanga – Physician, Friends Poly Clinic. Dr. Karuhanga says that parents of young children should restrict usage of electronic gadgets. “The most important thing in mitigating these gadgets’ problems is the presence of a parent.” “Limit, talk to them about the reasons why you are putting down the rules and creating some limits.” According to the World Health Organization, the risk of addiction to phone appears to be similar to both handheld and hands-free phones because it’s the cognate destruction and not only the physical destruction associated with holding the phone that is an issue.