Of Side Chic’s, Dishes And Hens 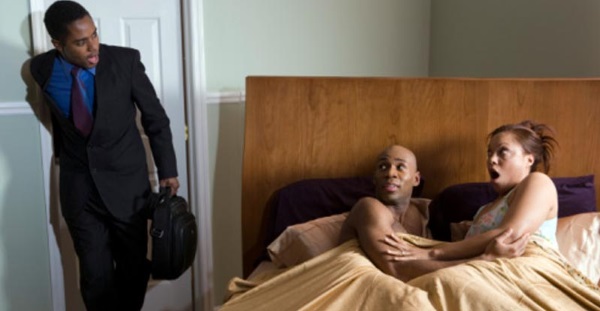 firstly, we must note that those labels only come into existence when a legally married man cheats on his wife! It does not apply to those dating, cohabiting or otherwise.

A mistress is one who has an affair with a married man. Nowadays they are referred to as side dishes, side Chics and side hens for those above 35 years of age!

Society used to frown upon the mistress. the mistress was a well-kept secret and knew her place. she was not to be seen or heard, was well taken care of and waited for the cheating husband to make an appearance. she knew she had no rights over him and made no demands whatsoever. her duty was to satisfy the man and his was to provide. She never dared to declare openly that she was a mistress and no one aside from those closest to her knew she had a “man”. she lived like single a lady, and spent lavishly though she did not appear to hold a job, went on trips abroad, accompanied her “man” for his work seminars out of town but never openly. theirs was a secret affair.

Gone are those days. today’s mistress is loud, bold and demands attention, she will boldly introduce herself to his wife, rein abuses on her and demand for a share of attention. Gone are the days when the mistress would move in the shadows. today she boldly shouts out to all how she is “a proud side dish”.

The side dish boldly stalks and competes with the wife with the intention of usurping her and taking her place. the level of maturity of the wife will determine how it ends. Some will choose to ignore the side dish and continue Minding their business, majority of wives who react this way are simply exhausted and do not have the time to fight their husband’s numerous mistresses. they have had enough encounters with the mistresses and know that he will soon tire of the current one and move on to the next. these women have made peace with this and chosen to live their lives for themselves and their children.

Other wives will be provoked to exchange verbal abuses with the side dish, most of these end in violent fights which leave both parties embarrassed to the core. Some have taken their fights to social media, radio and other media.

There is the wife who resorts to revenge, the moment she discovers that her husband is cheating, she will also go out and find herself a “side cock” “panadol” or “mantress” and carry out her sweet revenge. And as the saying goes the woman is smarter, very few get caught in this act, they are very good at covering their tracks and acting all innocent.

There are those wives who cannot stand the idea of a cheating husband and will simply walk away and hire a divorce lawyer.

How the wife or side dish chooses to handle this phenomenon varies from individual to individual, however, I yearn for the day when women will join forces and deal with the real issue at hand which is the man in this case and cease from fighting each other.

I yearn for the day women will know their self-value and worth and refuse to stoop so low as to become a married man’s mistress.

The day wives will stop accepting to be disrespected by their husbands and refuse to deal with the side dish. if you are in a monogamous union, why accept to have a third party in your marriage! The day statements like “all men cheat”, “men are fewer than women”, are regarded as unacceptable.