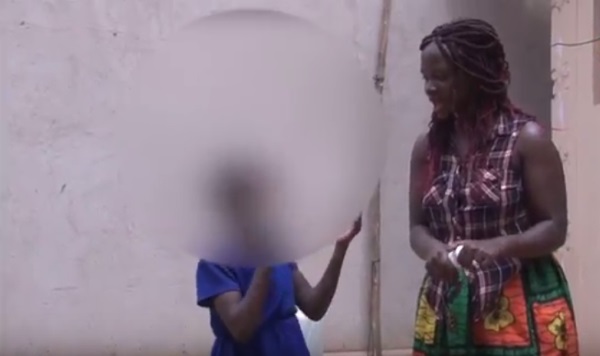 In a small village of Katooke where 8-year-old Mata Kourtney copes with a positive life at a tender age of 8, She finds no way to avoid but to play alone. She gets home after listening to her latest music audio testify which advocates for life beyond ordinary. “I sing so that everyone can have hope.” Kourtney like many other children could not be detached from cartons but allowed a minute interview that started with Choreography of her music melodies solely descending into a melancholy of far thought of that calls for action. “The story is called be different, you need to tell a true story without a lie, to still let a breath like many let go, stronger now and nice today, tomorrow will be different.”

Born to a discordant parenthood in Hoima district, Barbra her mother said life was stigmatizing for the family but their relentless effort were unstoppable. “She is a little girl, Kourtney has gone with me to my counseling sessions to the TV shows. Sometimes I would leave her outside she couldn’t be on set but she would ask me mummy; how do you say this and this. With the audiences, she would listen to the questions people ask and she would ask me those things.”

Kembabazi Faith a Rights Advocate with Children at Risk Action Network said the community and the government risks complacencies children in this country face were a generational misfit. “She’s only about 6 or 7 years but she can speak up about what she has an illness because her parent has supported her and we encourage the parent to support. But also the fact that she is given a platform she can express herself as a child and encourage other children and even teenagers who are older than her to behave well.”

The Network was empowering such children with music as a tool to maximize the passion and form a formidable force to keep up about 56% of the 96% of children population in Uganda.