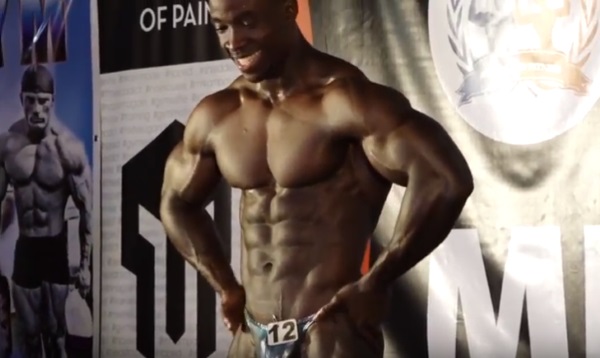 Olala Derrick took red delight in finishing second for the Mr. Uganda event taking a lion’s share of the crowd’s applause. The man from Lira shocked everyone including himself when he pushed Champion Isaac Mubikirwa who confessed this was the toughest end he had endured.

“But all in all, to be honest, this one was a hard one I felt it. The Mr. Kampala was tough I wouldn’t say it was extra. But this one is tougher, it was so challenging.” Said, Isaac Mubikirwa – Winner Mr. Uganda. “I will come back again and compete. But I know next year is going to be mine am sure about that. Actually, am going to work out all my body especially upper body, I will hard more and downwards.” Said, Derrick Olala – 1st Runner-Up Mr. Uganda.

The University of Plain Athlete added it to the Mr. Kampala Crown dethroning Andrew Ssenoga on both occasions who is now basing in German. The event crowned other seven winners on the day.