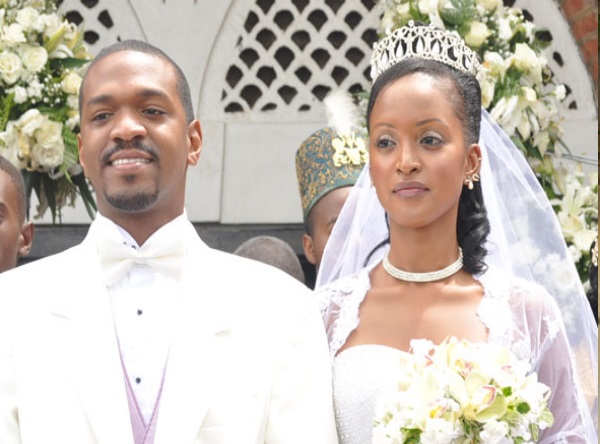 A man shall leave his father’s house and shall cleave unto his wife and they shall be one. What God has put together, let no man put asunder. if you have attended a wedding ceremony then you most certainly have heard the officiating priest say these words from the Bible.

In the book of Genesis as one reads the creation story, we are told that God created Adam in his image, he then went ahead to create the animals and beasts, asked Adam to name them. despite living in a beautiful garden of Eden surrounded by all this nature and animals, Adam was lonely. it is written that God decided that it was not good for man to be alone. he then put Adam to sleep, took out one rib and molded Eve. he called her woman a perfect companion for Adam.

Our folk stories in the African context are rich with each tribe having a founding mother and father. there is Sera and Masaba of the Bagisu, Nambi and Kintu for the Baganda among others. All this means that marriage between a man and woman was established in the days old. Marriage was about companionship and procreation. it was a respectable and sacred institution. why then do we have more and more people shunning marriage. why are the divorce rates high? When did the woman stop being a man’s companion and become his slave, to be battered and abused all in the name of marriage? How and why did something so beautiful turn out to be so vile?

The Bible speaks a lot about marriage both in the Old and New testaments. It sets the standards for a successful marriage. A husband shall love his wife as Christ loved the church and the wife shall submit to her husband. Are the men loving their wives? are the wives being too stubborn to submit? This is a common complaint among couples whereas the men are complaining that their wives are not submissive. the wives will interpret the verse to say that the men must love them first and then submission follows.

Whereas the Moslem religion permits polygamy, the Christian religion advocates for one man one woman. However, cheating and polygamy are the norms among Christian men. You find a man with an established home and a lawfully wedded husband having several mistresses at his beck and call, some go ahead to marry these women traditionally. they portray a very different figure to the public of a Christian man in a loving and monogamous marriage which is not the case behind the scenes. Most of them are exposed at their funerals and that is when the mourners get to know the double life their “Christian brother” lived, when the mistresses and children crop up.

Cheating has become more common and acceptable. most men may cheat openly, they seem to believe that it is their manly right to have more than one woman, women, on the other hand, are good at hiding and playing smart. Someone once joked that if every family was subjected to a DNA, most men would be shocked to realize that the children they were raising belonged to other men. In an event that a DNA is carried out, the country may break into mayhem. Just like the men, most women chose to reveal the paternity of their children after their death, and who can blame them. a woman who gives birth outside her marriage is shunned and may be chased out of her home shamefully. Unlike the men who can get away with having children out of wedlock, society labels such a woman as a whore and a disgrace to society.

My thoughts on this is that marriage was and still is a sacred institution that must be respected by the married and unmarried so that everyone aspires to get married. In order to have a successful marriage, one must have a strong foundation, marry for the right reasons. people should be allowed to choose their partners and the rest of us should not interfere in their marriage especially the in-laws. A couple should be allowed to enjoy their marriage without interference from outsiders. A couple should seek guidance from their faith and counsel from a role model who should be married, not these “sengas” who claim to be experts yet unmarried

The backbone of a nation starts from the family since a broken family leads to broken children. Once the environment at home is hostile, the children are affected most. we begin to see signs of withdrawal, hostility and aggression. these broken children grow up into adults with trust issues. A child who witnessed his father beat his mother, cheat, booze, may replicate the same behavior in his life and the cycle continues.

I, therefore, caution all those who wish to join the institution to do so for the right reasons, take time to get to know each other before jumping into marriage, and to take their vows seriously.