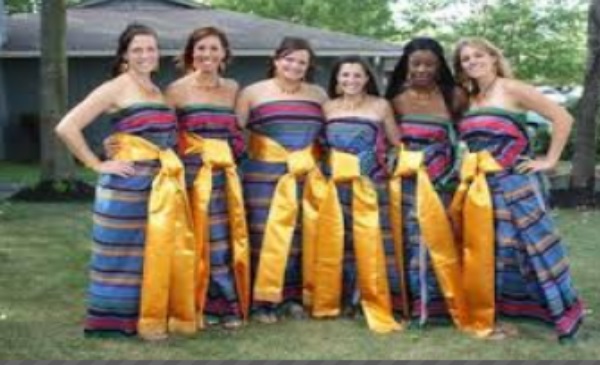 What does it mean? These are the privileges white people enjoy for being white, advantages of being white, receiving preferential treatment, being attended to first, generally being treated like they are special and superior just because of their skin color.

Ugandans are very welcoming people and overly friendly to foreigners. However, when it comes to white people most will take it a notch higher. Walk into a restaurant before a white person, chances are that the white person will get served before you. Restaurants, banks, supermarkets, generally most service industries are guilty of this.

At the workplace, you will find a white person holding an executive position, earning six figure salaries plus full benefits of medical, housing, transport, and the black person under them who does all the work is more qualified and educated but earning peanuts.

When most Ugandans look at these whites, they assume that they are more educated, travelled and richer than them, some look at them as their meal ticket, and a way out of poverty, we have seen young girls and lately boys hanging around old white men and women fit to be their grandparents, it’s not uncommon for such relationships to end in marriage. For some, this is an opportunity to get a green card or visa so that they can relocate to Europe or America.

Have you ever asked why an educated Ugandan holding a doctorate and working in America or Europe is called an immigrant whilst the white person in Africa is called an expatriate and enjoys the full benefits of one!

Why have we allowed our minds to be colonized? Some whites behave arrogantly knowing that they will get away with their behavior by virtue of being white.

Ugandans must free their minds from this mental slavery and know that there isn’t anything special about these white people, as a matter of fact they are still exploring our continent in search of greener pastures. Most come here straight out of college and when they are welcomed choose to stay and enjoy a lavish lifestyle they could never afford back home in a million years.

For any Ugandan who has travelled and experienced racism at the hands of a white man in Europe or America, it is frustrating to come back home and find your countrymen still practicing racism here in favor of the white man.

I am not blaming the white man for receiving preferential treatment, in most cases they have no choice and with time I guess it grows onto them, it is the Ugandan who is giving this treatment who needs to change their mind set. Most of these guys are broke than the regular Ugandan and have nothing to offer. Only when we start to view them as our equals, as humans like us, shall we have a mutually beneficial relationship, but for as long as we continue to put them on a pedestal, we shall remain the under dogs!