My Boss' Idea Of Giving Back To Us, His Employees 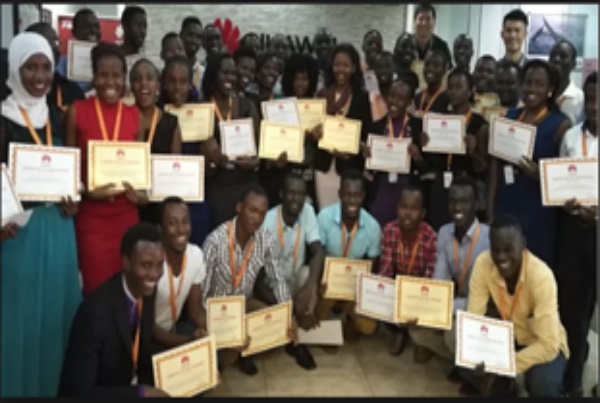 Having worked for so long under one boss, I must say that I was very fond of him. We had mutual respect for each other, he allowed me to work in my very unconventional fashion knowing that I always completed my tasks. One thing though, I wished my boss wouldn’t do was to come up with the most ridiculous ideas all in the name of giving back to his employees. These ideas were meant to boost our morale and basically improve our output. Did I mention that these “events” were compulsory? Missing was not an option. We were a team of very strong-willed individuals and each one came up with a plan to stop these rendezvous but all in vain. After several failed attempts, we all hang our boots and simply followed his lead like a lamb led to slaughter. The only consolation we had was that he participated in his events with glee and was a delight to watch, he really enjoyed putting our lives at a risk.

I always shuddered when he came up with these ideas. He had dragged us across the country in an old jeep for a road trip that lasted for seven days instead of five days because the old car he hired kept breaking down. In typical male style he did not book our accommodation in advance, we had to deal with bed bug infested rooms in some towns. One time we were taken kayaking, canoeing and bungee jumping, we had been dragged to Mabira forest for camping, been in a ship to Mwanza. I am sure by now you had guessed that he was a white man, yes, he was. Some of this crazy stuff was only done by white people and I do not mean this in a racist way. Am just saying that most Africans I know me inclusive do not go bungee jumping, kayaking or running around doing crazy and risky sports. Besides I am not a very sporty person, my idea of relaxing was reading a good book, sleeping late and watching a movie. Did I tell you of the time we were off to Queen Elizabeth game park and had to awake at 4am to hunt lions? What about bird watching in Lake Mburo, then there’s this spot in Munyonyo where your dressed in over size over rolls and given guns loaded with color to shoot each other? I enjoyed shooting him yet we were on the same team, made the torture easier, he then launched into a fifteen-minute lecture of how I was to shoot the other team, soon as he put me back I shot him again and was “shamefully” disqualified.

As fate would have it, none of us made our sales target for the last quarter and boss man came up with an idea. He hired a chef to teach us all how to cook and according to him cooking was therapeutic and we could talk over it. he insisted that we needed to bond and possibly become friends. I don’t think any of us wanted to be the others’ friend. we had settled into a comfortable and informal yet professional working relationship. We had somehow managed to avoid all the drama that came with the corporate world. Why spoil it by becoming friends? But then again, we had no option but to oblige and act like we were bonding. Well I loved eating and this was one class I was excited to take as I looked forward to mouthwatering dishes. Unfortunately, my excitement was short lived as we were introduced to an Italian gourmet chef who came with a small dish of ingredients, did all the cooking as he explained to us each in detail using English, though I am sure he was speaking Russian but of course we did not understand a word. he did all the cooking and talking, then would scoop a spoonful of his food on a plate and pass it around for us to taste. The most you could eat was a mouthful, he did this with about five dishes which I supposed were five courses. Then packed his stuff and disappeared leaving us standing there waiting for the real lesson. Did I mention that we were made to buy the whole chef gear? We were adorned in white caps, clad and apron, had our fingernails shaved and hands washed, just like proper chef internships ready to cook and eat. We were all shocked when our excited boss walked in clapping his hands asking us about our experience with one of the best chefs in the country. That was our lesson.