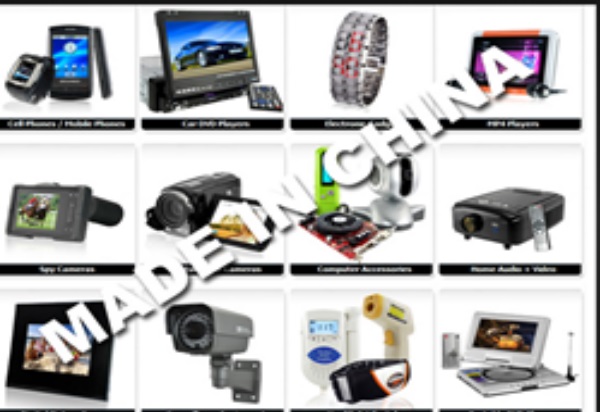 Growing up, it was a common joke for one who had a fake product, medicine to be teased as having been duped by the doctor from China. Everything fake was referred to as originating from China. we prided ourselves on owing German and English made products. Well that was then, today the Chinese have established themselves as an economic power with a strong presence in Africa, they are partners in development and can no longer be ignored.

However, the joke still stands, we are still being duped by the “Doctor from China”. Granted most of the goods in Uganda are imported from China, clothing, shoes, cutlery name it, our market is flooded with Chinese goods. We even have Chinese hospitals and schools being established in the country. But I will say majority of the products that are affordable to the ordinary citizen are fake!

When you have walked along the streets of down town Kampala, you will most certainly pass by hawkers calling out for shoes of 5,000, 3,000 shillings, you have probably forked out money and bought the same, these are shoes referred to as “one way”. why, because you can only make a one-way trip with them. for the return journey you will most definitely have to change shoes. the shoe will have given way! Chinese products have flooded the streets, shops and supermarkets and their goods are cheap and spoil easily. The Chinese however have some durable goods which are highly priced. So, if one wants quality products, then they should be willing to spend more unfortunately, the average Ugandan cannot afford these highly priced goods.

Popular brand names like Louis vuitton are known for their shoes with a red bottom that cost an arm and a leg but one can find the Chinese imitation at a much cheaper price in shoe shops around town. They have imitated all brands and made them accessible to the ordinary person.

The Chinese smart phone Techno is among the best selling smart phones in Africa! The Chinese are responsible for making the mobile phone accessible to everyone regardless of their social status, the mobile phone used to be for the rich, it was so expensive and the few who could afford it were presumed to have made it in life! Those were the days when brand names Ericksons, Nokia, Samsung dominated the market. And then the China phone happened, it was nothing fancy, just a basic phone with a weak battery, this battery issue was quickly resolved and then we had a phone with a battery life of 7 days! They continued adding features that would appeal to the African, a torch, very clever, with our irregular power this was an essential addition, the FM radio, brilliant. They continued evolving to the current day smart phone. Their phones were way cheaper than other brands, had similar features and were durable at least some of them, one couldn’t rule out fakes with the Chinese people!
The China man has dominated in all sectors, electronics, medical, education, they are development partners construction roads and even Agriculture.

One thing for sure is that the China man has come to stay, however as a third world country, we must view them with caution. They are very aggressive and sly, I mean they have messed up their own country’s environment, the pollution levels in Beijing are appalling, they are known to take shortcuts in everything, use chemicals in agriculture, baby food, their country is riddled with scandals, we do not want to give the China man power and ruin our country in the process.

Their activities must be regulated, we should also have quality checks for the products flowing into the country for the protection of ourselves.
The China man is here to stay, but are we ready for him??