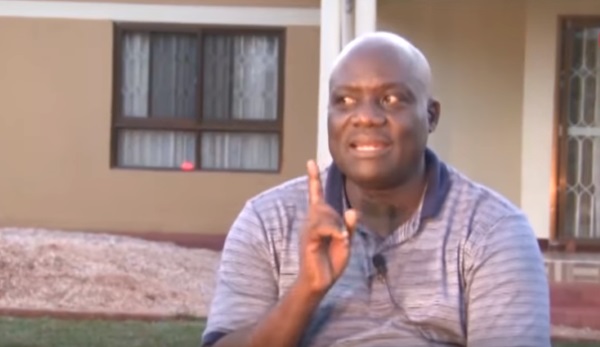 Hannington Nkayivu a teacher by profession acquired a master's degree in counseling psychology and joined The Aids Support Organization where he worked as a Training Manager from 1991 to 2013 when he retired. He said that as he worked he experienced how poor planning for retirement affected several of colleagues at the various workstations he worked hence prompting him to plan for his life early while still on the job. “Then I said, Oh this is what it means to retire people are not ready. So from then, my consciousness started telling me to think about retirement today which message I have kept giving people that the day you receive your appointment letter is the day you should begin thinking about your retirement.” Before retiring, Nkayivu explained that he had already started on buying land as well as starting up various income generating projects and when he reached the retirement age in 2013, he was not scared of living a private life since he was sure of his survival. “So I started planning, one of the plans to get as much land as I can from my village which I have bought. I have been buying small plots and adding up and I am proud that now I think I have between 50 and 60 acres of land.”

Having worked for a big organization, Nkayivu was responsible enough to have saved his benefits with the National Social Security Fund. He consequently started processing for his money which he received in three installments starting with 100 million which he received in 2013 and he bought three tractors which he uses to plough his land for agriculture as well as hiring them out to other farmers. "I am landing on tractors, not by accident but I have a passion for agriculture. I was born a farmer, I have not gone to any school of farming but I love farming and I know there is money. So when I got them that's why you saw me expanding because initially, you would plow like two acres." Nkayivu also used part of his savings to add capital to his other businesses. He now boasts of over 60 acres of land scattered in Wankuba Parish Busale village in Nakisunga Sub County Mukono district on which he planted bananas, eucalyptus trees, sugarcane, potatoes and many more other crops that generate daily and seasonal income to him. “…of involvement changed that’s why you are seeing those sugarcanes, me I never believed in planting sugarcane until we went with somebody on a table and did some computations and I was convinced. That’s why am going into tree planting full swing because I know I will be having money there.”

Nkayivu is now among the last 16 retirees that received their savings from NSSF who the social fund is seeking to reward for using effectively benefits. He stressed that much as he was doing well in his agricultural business, he also has unfinished projects that if he wins the 35 million cash bonanza he would accomplish. “…I pray that I win; if I win, if you give me this money in March for example by May I should be earning again from those services something not less than 1.5 million. So I will be very rich.” Nkayivu Hannington’s story is one of the National Stories the National Social Security Fund delights in and would wish all the members of the fund to always plan for their retirement before applying for their savings. Lest the majority end up mismanaging their funds out of excitement.