67 Year Old finds A Fortune In Saving With NSSF 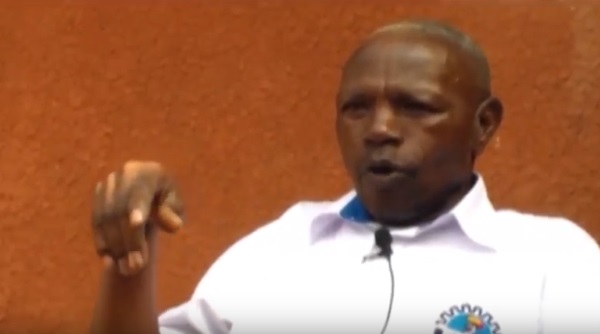 A big number of working Ugandans in the formal sector have since their career start embraced saving with the National Social Security Fund as required by law. These savings are intended to cater for their old age.unfortunately, some organizations have not committed their employees’ savings to the workers’ body. Mzei Rwakira Bonaventry is a 67-year-old resident of Kabula village in Kabale district who sacrificed everything in active service for a better life after retirement. “I asked for my benefits because I was keeping my money from your institution when I call it an institution we call it our bank.”

But while working at the Uganda Industrial Research Institute in 2007, he started saving with National Security Fund. “I was working literally little, in my working, I was a brickmaker, we have clay soil which makes bricks and so we started making bricks. But good luck, I go work with Uganda Industrial Research Institute.” By 2010, his savings had grown to 1.9 million shillings and withdrew part of it to start a bricklaying project, buy 3 hectares of land and paying school fees for his children. Mzei Rwakira said besides his project, his children have as well supported him. “That money helped me to take my children to school by then it was very hard to take children to a good school. My first daughter went to Butabika and studied Psychiatry she is now a Psychiatrist and she is working with Mutolubo Hospital. The second one is a teacher now and a Deputy Head Teacher to Lubale and the third is in Police.”

Despite withdrawing part of his savings and clocking retirement age, Rwakira has continued saving with NSSF. In 2013, he again withdrew 3 million shillings which he used to construct a school. Rwakira started a primary school in 2015. Rwakira plans to grow his business by adding a vocational training school next year. This institute will offer training to the youth and senior citizens in juice and soap making, tailoring and carpentry among others. “Carpentry, tailoring, others are soap making and juice making. Because it is our real main branch because we have so many people who are digging fruits so we would like such things to go to the school.”

Though reaping Rwakira still works with the Uganda Industrial Research Institute as a security officer and he is still saving with the National Social Security Fund. He believes his savings have grown considering the last time he withdrew money. “Even there is some which could be now 3 million because I have taken some years without going back. Even they are saying you, client, why can’t you come and ask for some other money. From your advice from your office, I said when it is needed I will try to see what to do.” Like any other business, Rwakira suffers from lack of government support in his school, power and his poor road network connecting to his projects. Mzei Rwakira is hoping to invest in several other businesses once he withdraws all his savings from the National Social Security Fund.